A Laser is a device that produces an intense, coherent and monochromatic beam of light. LASER is an acronym for Light Amplification by Stimulated Emission of Radiation. According to Wikipedia “A laser is a device that emits light through a process of optical amplification based on the stimulated emission of electromagnetic radiation”. Lasers have three classifications. Solid Laser, Gas Laser and Liquid Laser. The diameter of the wavelength of light emitted by laser can be set to as small as 1/10th of human hair. Laser has a very narrow spectrum due to its high intensity and level of temporal coherence. It has been playing a vital role in scientific researches till date.

Laser provokes a large number of atoms when connected to electricity or battery. These atoms initiate electrons to take a position in the exact same place, releasing the same wavelength of the color at the same time. The atoms are never at rest and continuously moving because of the electrons which keeps orbiting the nucleus of each atom. The movement of the electrons continues and the further they go away from the nucleus, the more potential energy they gain. This state of electron stays only for a fraction of seconds and the moment electrons come back to its original place, the released energy becomes photons. In a narrow beam a laser is designated. When in contact with electricity through a battery, it emits electrons in the same amount and at the same time. All the electrons are in the same orbit path, which surrounds the nucleus. As soon as the electrons go back to their original state, the photons are released.

Laser is used as modern medicine in different ways. For Example: It is used in various health treatments like skin, eyes, dental care, hair removal and other surgeries. The best part is that it is fast with no swelling and almost painless.Laser is used in industry for cutting, drilling and boring metals or diamonds and other hard materials. Laser is used in various electronics and consumer products, ranging from Laser printers to scanners and DVD players.Today, Laser is used widely in nuclear fusion, communication, as an energy weapon for military, microscopy and spectroscopy because of powerful and effective features. Laser is known for its precision which is highly required in laser dentistry. Dental treatment done with the help of a laser is really quick and heals faster as well. Zolar has developed its own dental laser products,Photon & Photon Plus. These soft tissue diode lasers have been manufactured in Ontario, Canada based on the research of highly skilled and greatly practiced doctors and scientists over a long period of 20 years. 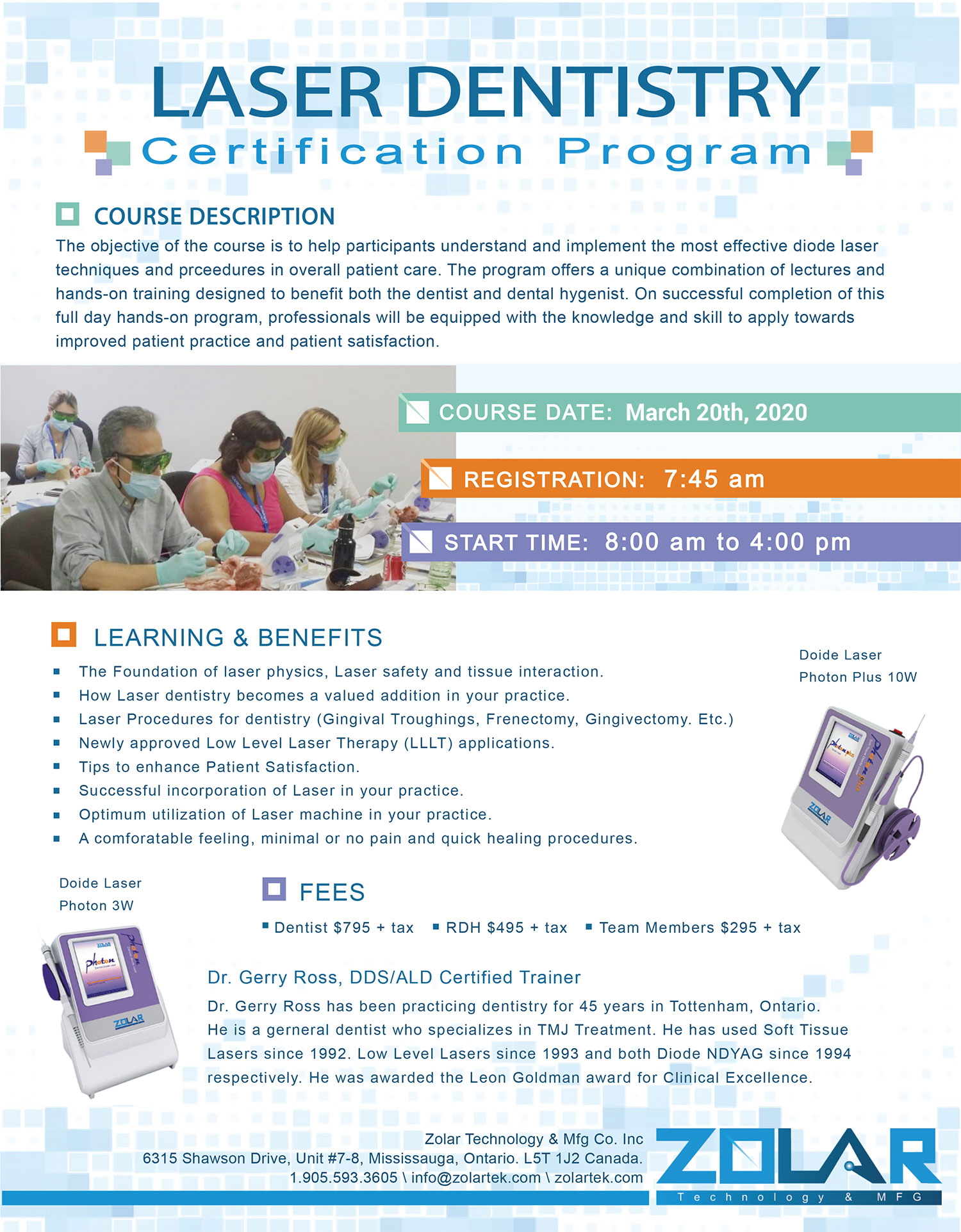